Here are some of my custom, hand-painted artwork. ​I can recreate large or small logos as well as detailed, colorful designs of any size.

A mural in Jacksonville, Oregon.

A custom design for Funagain Games in Ashland, Oregon. 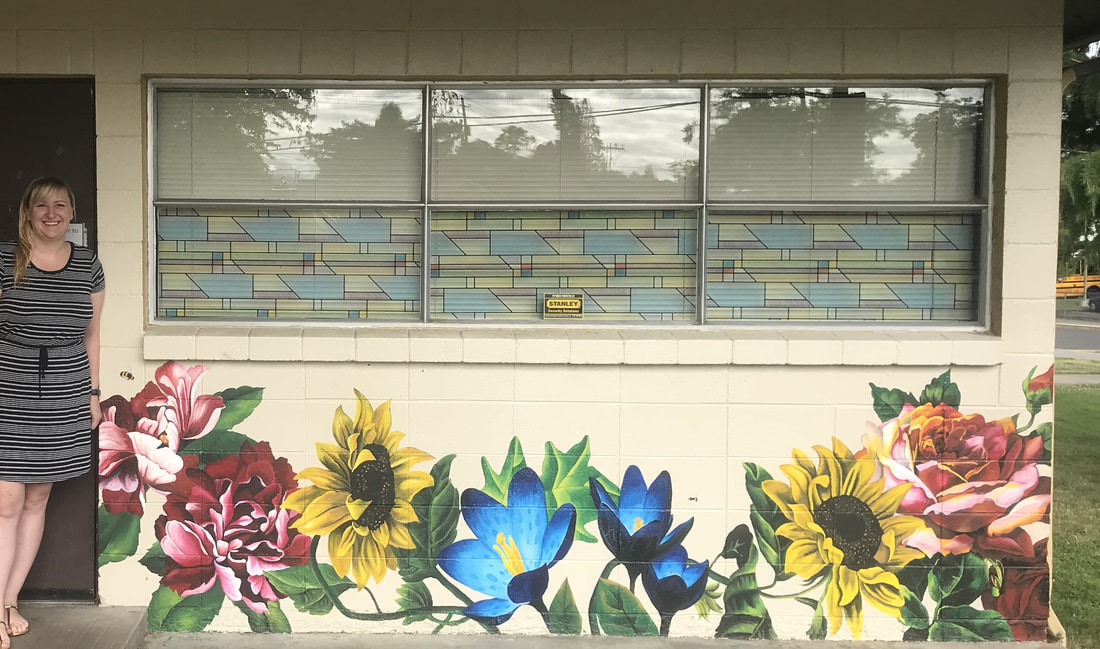 This mural is on the side of Crater High School in Central Point, Oregon. 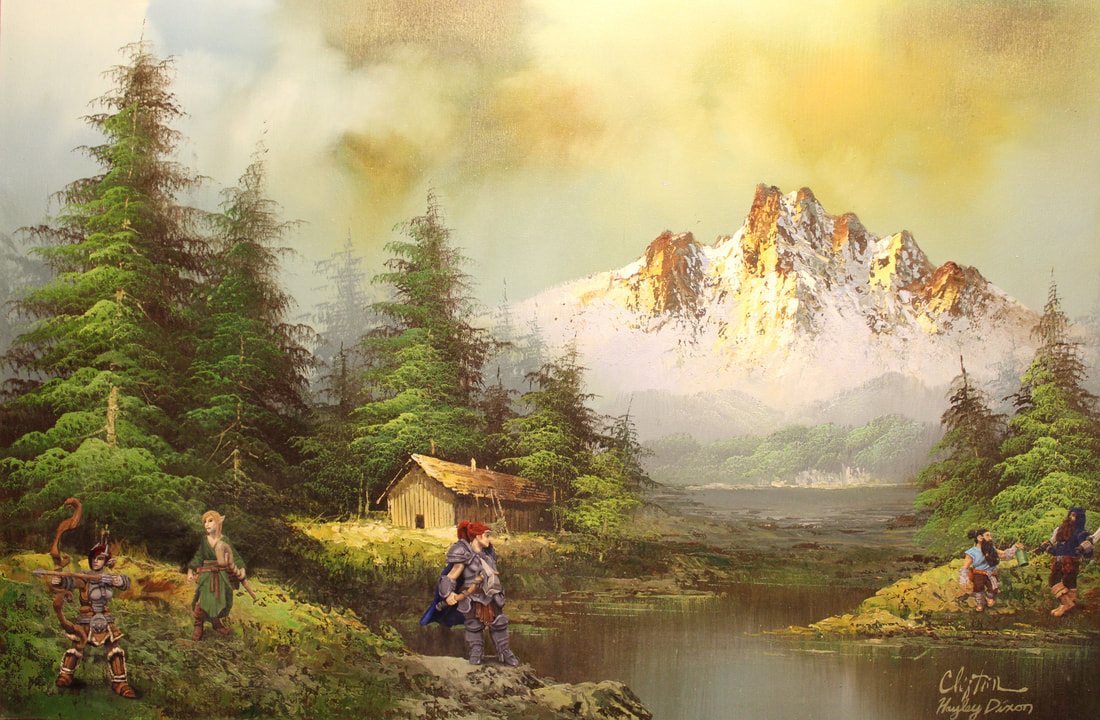 This is a custom work. I added a group of Dungeons and Dragons characters to a thrift store painting.
A modified painting for The Oregon Cheese Cave in Phoenix, Oregon. 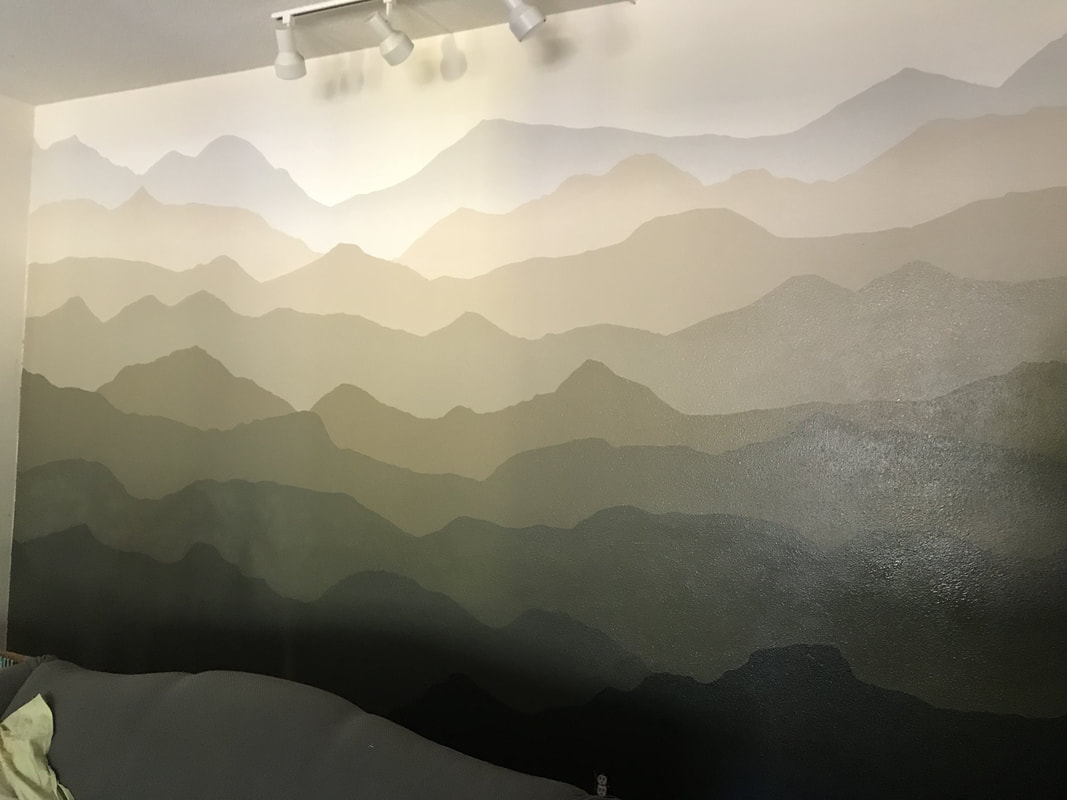 Above is a mural I painted for Sanctuary One, a local non-profit animal rescue shelter. 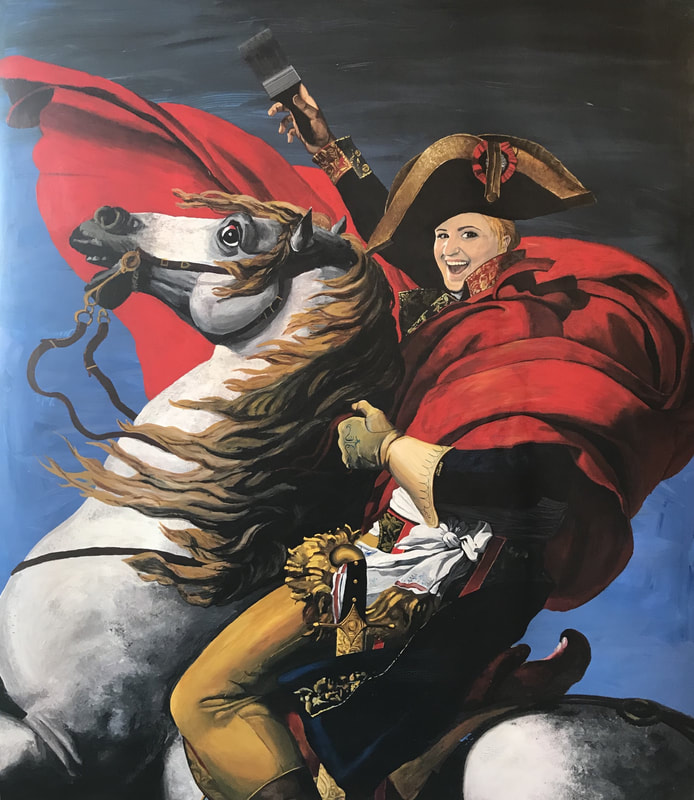 I re-created Napoleon Crossing the Alps with my own face on it for a display I use at conventions and fairs. 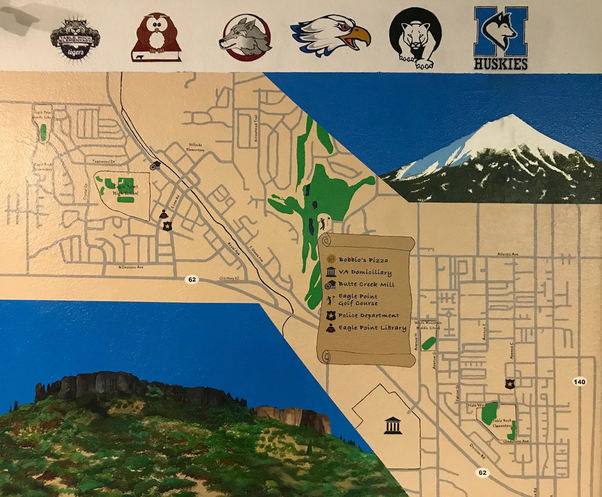 This is a mural I did for the White City Bobbio's Pizza. The owners wanted a map of White City and Eagle Point. I included street names, public utilities and attractions with corresponding marks on the key in the center of the painting.

​The owners also wanted larger paintings of local points of interest. We decided on Mt. McLaughlin and Table Rock, both of which overlook White City. 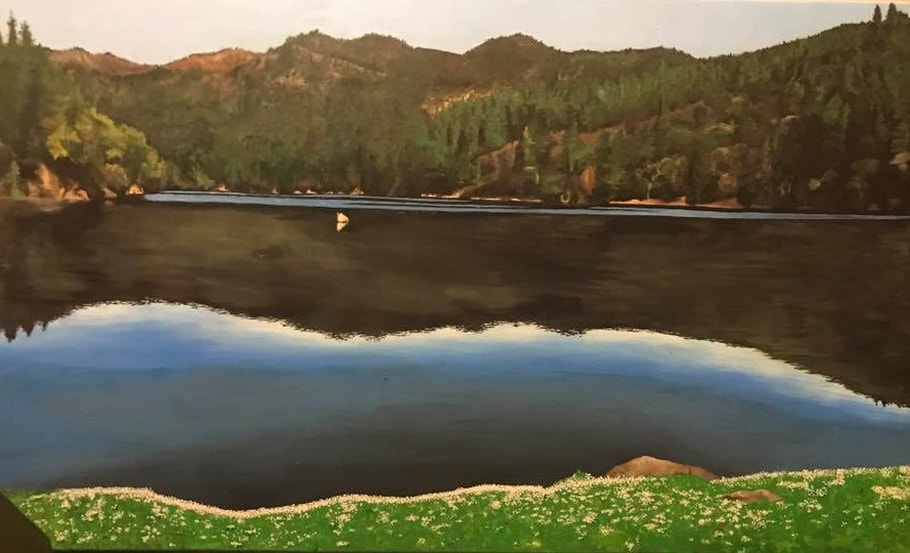 Squaw Lake, in the Applegate, outside of Jacksonville, Oregon. 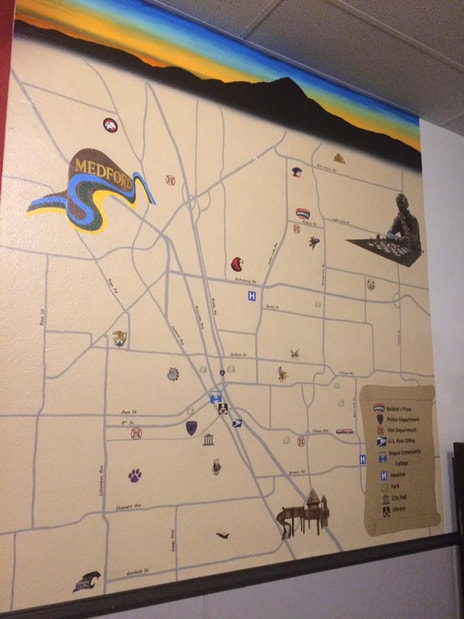 This is a mural I made for the North Medford Bobbio's Pizza. This acts as a companion piece to the mural at White City Bobbio's.

The owners wanted the same style, with the map and legend. This time, I added the school logos into the map itself.

Like the other mural, we decided on local landmarks we wanted to highlight. Along the top is the skyline behind the store including Roxy Ann Peak. The Medford sign is from the center of town.

​The wooden playground is from Bear Creek Park, in south Medford. The man playing chess is a statue in downtown Medford.  There are a couple of close-ups below. I've also included a picture of the real statue the painting is based on.

This location is now owned by Luke's Gourmet Bakery. I've updated the mural to reflect the new owners.
​ 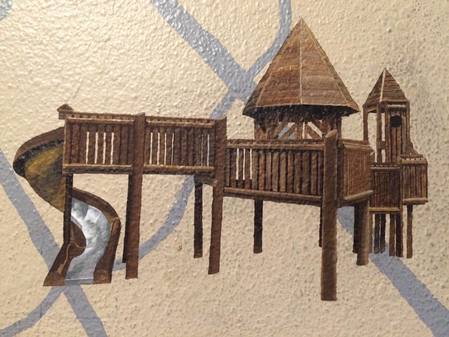